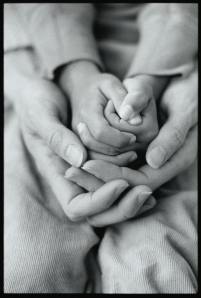 Different reasons on why people choose to adopt babies may bring different outcomes in their ideal relationship, as parents and children. In many cases of adoption, the adoptive parents think that they have done something good for both party. For the abandoned babies (in many cases), they will get appropriate attention, support and emotional attachment. For the adoptive parents, they can have their own -or likely– babies after a long waiting. Some of adoptive parents do adoption because they feel like doing it, without particular reason, even when they already they their own children. Some feel touched by the previous condition of the babies, so they ought to help.

No matter what reason that may bring, the most important thing is the action taken. I have my own experiences to deal with adopted children. They seem to be different, because people -who know their identity- tend to treat them differently. In Indonesia, many of the adoption are not open adoption, because adoptive parents tend to cut off the history behind. So, when others finally reveal this big secret, they will happily spread it out, as if it is a hot celebrity gossip. They never think on the impact.

Adoptees used to feel rejected by others, because they can feel the sadness of not being chosen by their birthparents. This feeling can bring a bigger problem, especially when adoptees keep on expressing their anger to the adoptive parents.

Birthparents also feel the rejection from the society. They usually condemn themselves in a way that they have been irresponsible with their own babies. They feel the lifelong guilt, especially for those mothers who gave up their babies because of economic problems.

I think adoption is never been that simple. It’s a lifelong process of adaptation, of praying and working hard and loving the babies as their own babies. Not just likely.

To close this, I would like to show you an article of a pair of adoptive parents who return their adoptee daughter because they can stand her emotional remoteness, as they said. They really abandoned the baby and never think of the impacts that may hit her. For me, it’s an act of being fully irresponsible. 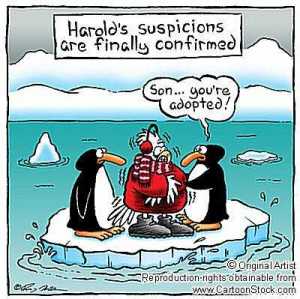 2 thoughts on “Irresponsible = Being Responsible?”