Today, I had a long conversation with my mother and sister-in-law during our lunch time. I started the opening by telling them stories of my best friends who are gay and lesbian, about how hard is it for them to fight against the stream and keep on living their daily life. The story went on as my mom and sister-in-law asked me questions on how do they strive for living, what do they do to themselves and how do their family accept them at last.

Then, my sister-in-law said something that makes me realize how rich I am as a person. She said that since she got married to my brother and stayed at the same house, she started to know the reality of human lives (do I sound too much?). She started to learn that human have their own colors and sometimes they want to show it off. I have numbers of friends who failed in their relationships and ended it just a moment before their wedding day. I have a friend who has been diagnosed with Bipolar Disorder. To make the list longer, my sister-in-law took no time to mention them out. 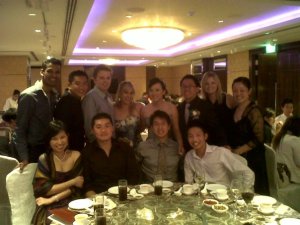 After having my lunch, I was thinking to myself and it made me realized of how rich I am as a person. I have so many friends from so many different backgrounds. I’ve met so many people with their own dreams, stories, hope and tears. I’ve talked to so many people who can’t wait to share their happiness, sorrow and tragedy.

A good friend just told me her story of aborting her baby because she couldn’t help to raise another baby. She has two young children to be taken care of and also, she has to think of her unfaithful husband. At the same time, another good friend cracked open his hidden identity as a gay (I have another gay friend). Another good friend of mine, who is happen to be a brother at one monastery also had a problem. His superior (whatever you named it) asked him to leave outside the monastery while still holding onto his eternal vow. At last, he will be able to decide whether he will still be a priest, or he will live as a layman.

I think I have to be thankful to meet those extraordinary people, who enrich me through their stories and share their wisdom to me. Even though they have their own tragic stories and unhappy ending, they still the colours of my life!

One thought on “The Colours of My Friends”