I met this young boy this afternoon on an hour session. He was a cute boy with glasses and rabbit-like teeth. His posture was good and he looked quite tall for his age. This 5-year-old boy was called K.

His mom came to see me last week and told me stories about K at schools and tuition centres. He’s known as being introvert and lack of interpersonal skills. He preferred to be quite and avoid eye contact. He even did not want to join the crowd of his classmates during break or gym. She had brought him to a psychiatrist and nothing was wrong with K. He’s just an introvert boy and that was it. His mother did not satisfied with that answer and decided to see me. 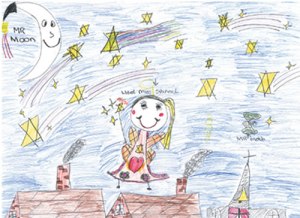 So, I went through a short session of asking some questions, just to know his favorite topic. Then he said, dinosaurs! I rushed to my book shelf and grab an encyclopaedia on dinosaurs. He talked a lot about that and he could even remember the ones that he has in his CD-ROM and the ones that he did not have. He even had a couple of eye contact with me for a few seconds.

When I felt that he was comfortable enough with me, I gave him piece of paper and asked him to draw. A picture can tell thousand words, if you believe that. The picture showed me a story of his life. How sensitive he is, how hard is it to be part of the world around him. He also pour out his weariness, he wants to get close to his mom but he knows that his mom is very busy. When I cross checked that with his mom, everything was exactly the same. 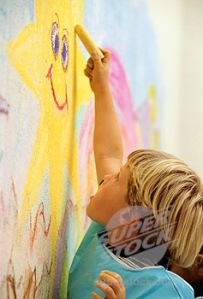 Life story can be written by words, but with children it will be hard to do. Do not even imagine to interview them with such questions, they will not answer you. By using picture (I used House-Tree-Person test), the story is revealing itself. Now, I have to make report and also suggestions for his parents.