I’ve been away from psychological test matters for a few years (last time was on 2004 during my project). So, it’s been a while to be away from something that I like very much. I thought that psych test was a magic tool and I -still- am believe that it is magic. But, as any other magician shows, it depends on who is the magician. If we can compare psychologist with magician, then both of them need a lot of practices with their tools.

Psychologist sometimes work with tools, such as psych test. It can be intelligence tests, personality inventory or tests needed for selection. People tend to be afraid when they hear about psych test, because they think that it will open up the whole self upward. Well, it can be used that way, but as I said before, it depends on who is the magician (=psychologist)?

As a psychologist, it is wise to look further on the problems that clients face before make a decision to do certain tests. It is common to hear a story about a psychologist who relied fully on his tests score. He makes assessment only through the test scores. He does not go further with interview to dig deeper on client’s backgrounds. 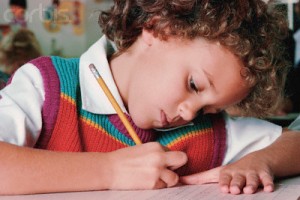 Doing on a test

It is true that the process of scoring and interpret the tests scores is something big and deep. Because it is so. But, in the other hand, score of tests is only numbers. Of course, it can be used to make a profile on client, but having a relationship with clients do not depend merely on this score. Having a relationship with client is something more magical for me. Because through this process, we can gain deeper information on client’s life and it will complete the profile shown on the tests scores.

Now, I’m back on the field. Touch those materials once again, and for all. I did the scoring and interpretation as part of my masters’ program. I’m very excited. Not because I can ‘view’ someone’s profile through the numbers that I’ve got, but it’s a chance for me to gain more knowledge and to give back to others who need it. I hope that I can be a wise child psychologist, not a magician…

Who is in charge?